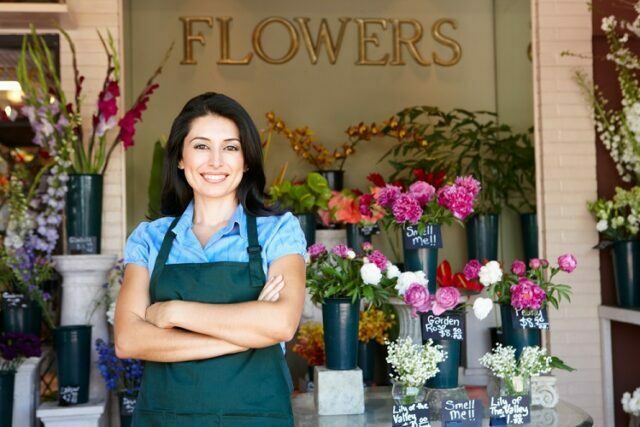 Birds tend to perch and make their homes wherever they can find food and shelter, and retail stores and other commercial establishments are no exception. They will make nests in cracks in the walls, behind trash compactors, on top of chimneys, and anywhere else they can find shelter from predators and the weather.

Once they’ve established themselves, they tend to leave droppings all over, bother the customers, and look just plain gross.

So then, what are the steps you can take to stop birds from perching outside your retail store?

The first step in controlling a bird infestation is to remove bird food sources and nesting grounds. If you can remove the reason the birds are there in the first place, they will be much less attracted to the area and will leave when you install bird deterrence methods.

If you do not remove bird food sources and nesting grounds, it will be almost impossible to get the birds to leave, even with bird deterrence methods.

If you have a large trash area or garbage compactor, bird netting is one option to block off birds from entering that area. It can go around the perimeter of the trash area and remove of a big impetus for birds to be there. It will also block off a possible nesting ground.

Although these are the most common food sources for birds outside of retail stores, there are other possible sources of the problem. Insect infestations are another possible bird food source. If you have an insect infestation nearby, some bird species like sparrows, woodpeckers or barn swallows can live off the insect population. Get rid of this and birds will have less reason to fly around.

Also make sure to block off pools of water and anything birds might drink from. Birds need a source of water as well, and stagnant pools can be breeding grounds for the insect population, which birds will eat.

The next step is to block off bird nesting grounds. This is best achieved with bird netting. If you have a bird problem, the first step is to locate where they are nesting. If the infestation is large, birds are almost certainly nesting nearby or in the neighborhood. To remove the infestation, it will be necessary to address the nesting.

First, locate the nesting ground and figure out what type of bird is nesting. In retail stores, the problem birds are most often seagulls, sparrows, and pigeons. Seagulls are protected under the Migratory Bird Act of 1918, along with almost every other bird species in North America. The only exceptions are house sparrows, starlings, and common pigeons, which are not protected under this act.

If birds are already nesting, our top recommendation is to call in a bird control company. They can identify the bird species and take actions to remove the nest within the bounds of the law.

Even if the bird species is not protected under the Migratory Bird Act of 1918, we do not recommend ever attempting to move a live nest yourself. Birds will likely get territorial and fight back to defend their nest. Their nests can also be hosts to diseases and parasites, which you might get infected with.

If birds are already nesting, and it is a migratory bird species, the best thing you can do without the help of a bird control company is to wait out the nesting period. Around September or October the time will come for the birds to migrate to warmer climates, and they won’t be back until April. At this point you can clean up the nesting site and install bird netting and other bird deterrence methods to block off bird nesting grounds.

If the birds are not a migratory species, like house sparrows, common pigeons, or starlings, the situation is trickier. These types of birds will stay in one place year-round. Similar to migratory birds, you can block off bird nesting grounds with bird netting after the nesting season is over. It will still be tricky, however, because the birds will not leave for the season.

If you are experiencing a true bird infestation, our top recommendation is to get the help of a bird control company. Birds will come back year after year to the same nesting grounds, so blocking it off is integral, and can be very tricky if the birds are still there while you’re trying to do it. Bird netting can also be difficult to install correctly, and if installed incorrectly, its effectiveness is lowered significantly.

Call in the experts! They’re there to help.

Once you’ve removed bird food sources and removed access to nesting grounds, then you can install bird deterrence methods to remove the remaining stray birds and keep them from coming back for good.

Bird netting is our top recommendation for nearly all bird control situations. Bird netting is used to block off (exclude) birds from areas. We recommend bird netting as our #1 choice where it is applicable, including potential nesting grounds, building rafters, under HVAC units and solar panels, and in warehouse loading docks.

Bird netting excludes birds with 100% efficiency if installed correctly. It will last 20+ years and endure all weather situations. Bird netting price rate varies based on individual jobs. Blocking off an HVAC unit can be relatively cheap, but blocking off the rafters of an entire warehouse will be more expensive.

Bird spikes are one of the more common implements in bird control. Bird spikes block off ledges from birds. They do not hurt the birds, but deny them access to the ledge they are placed on.

Bird wire is the next ledge modification option. Bird wire is a springy wire put in place across a ledge. If a bird tries to land on it, the wire bounces, causing the bird to lose its stability and fly away. Bird wire is sometimes preferred over bird spikes for aesthetic reasons. It is also a slightly less expensive option.

The other ledge modification device that we recommend is AviAngle. AviAngle is a strip of plastic that converts a horizontal surface into a diagonal surface with a wall behind it. Birds that try to land cannot get a footing like they could on a horizontal ledge, and fall off. AviAngle also prevents birds from nesting on ledges.

There are a few bird control options available that we don’t recommend often for retail stores. These include visual scare devices, sound machines, and chemical repellents.

Visual scare devices like scarecrows are largely ineffective if you have a bird infestation problem. The birds are not likely to leave their nesting ground just because you put up a fake owl or a scarecrow. These can work to dissuade one or two birds from a porch, but are not going to stop a bird infestation at a retail store.

Sound machines are sometimes recommended for bird control. These devices send out predator calls and species distress cries. These sometimes work if the birds have not already nested in the area. They can also work in conjunction with other methods. But they are not likely to solve a bird infestation on their own. The birds will be too invested in their nests and food sources to leave, even if they hear the cries of a predator.

We don’t often recommend chemical repellents because of the potential harm they can cause to birds. There is one safe chemical repellent option, methyl anthranilate, that we do recommend, but most of the time this is used for crop fields, fruit trees, or grass turf, not a retail store or a parking lot. Methyl anthranilate is used more often for preventing birds from eating crops, not for stopping a city bird infestation.

Summary: To stop birds from perching at a retail store, the first thing you should do is address the underlying bird infestation problem. That means to remove sources of birds’ food as well as their nesting grounds, which can be blocked off with bird netting.

Next, you can install bird deterrence methods to further block off birds from landing or perching. These include more bird netting or ledge modification techniques like bird spikes, bird wire, or electric shock tracks.

Things To Know About The Bouncy Castle